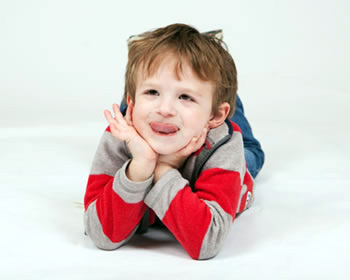 Bailey was 3 years old when he began services with Liberty POST. He had a new diagnosis on the Autism Spectrum. His parents were reeling with what this diagnosis meant therapy-wise, but what it also meant for them as a family. Services targeted Bailey’s social-emotional challenges rather than his pre-academic knowledge. Bailey is a smart young man and he did not need help memorizing skills like color/shape identification and counting. In fact, when therapists first started working with Bailey they were pleasantly surprised by some of his basic reading skills. Bailey was drawn to books and other black and white predictable activities. He liked to do things his way and was easily frustrated when others attempted to take the lead or direct his pursuits.

As his therapy sessions progressed, Bailey began making more eye contact and including others in his play. In the beginning stages he still needed to be “the director,” but with time learned to let others take turns developing play ideas. Bailey’s bouts of frustration did not disappear, but his strategies to cope with them improved. He no longer used physical means or yelling as his first strategy to let others know when he was upset. Bailey learned some socially appropriate phrases he could use to elicit the help of others and is still effectively applying them in the school age system. We miss Bailey’s spunk, but knew when he “graduated” from our preschool program he was ready for a district based classroom! 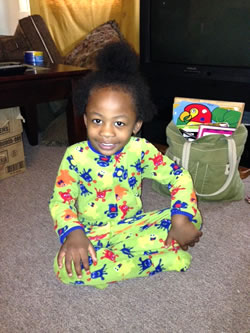 Javier is a 4 year old boy who began receiving speech therapy when he was younger through Early Intervention. When he was three years old, PROMPT therapy was introduced as he began to increase his verbalizations and respond to PROMPTs on his face and mouth.

Before PROMPT therapy started, Javier imitated the sounds of /t/ and /d/ but had a difficult time closing his lips to imitate the sounds /p, b, m/ and was not able to round his lips for the production of /w/. He struggled to produce these sounds in simple combinations such as “ma.” Javier was not highly engaged in attempting to imitate words or sounds, and did not respond to a variety of questions presented to him. In addition, he only used single words to indicate his needs. His mother reported that she understood him less than 50% of the time.

PROMPT was added to Javier’s program to help him imitate more sounds and put them together to produce words. In Javier’s case, PROMPT was added in addition to traditional speech therapy held in the classroom setting. A year after he began PROMPT, he was able to complete single words using a variety of sounds such as “boat, hat, house, and mouse” and increased his sound repertoire to produce /p,b,m,w,n,t,d,k,f,s,sh,ch/ with moderate PROMPTs applied to his face.

Javier is now able to independently produce the sounds /p,b,m,f,t,d/ in single words and most phrases. He uses 3-5 word sentences to communicate his wants and needs and takes several conversational turns with peers and adults in his environment. He responds accurately to a variety of questions and is beginning to ask several of his own. Although he is talking more, Javier is difficult to understand at times by other people in his environment. His mother understands him the majority of the time in a known context. Javier continues to gain new sounds and words and is very happy when he talks with his friends and family.

Learn more about our students!

We believe in helping people overcome their obstacles and in advocating for their well-being. Learn more about those we have helped and how we can help you. 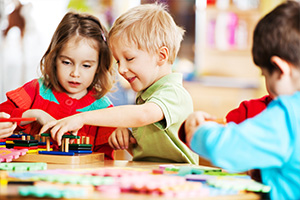 We offer flexible sessions led by providers with years of experience supporting children on the Autism Spectrum, along with their families.

"We have been so pleased with the services offered by Liberty Post. We feel that the DIR/Floortime approach practiced by the therapists at Liberty POST was very helpful for our daughter and fit well within our family dynamic. Utilizing our daughter’s interests with persistent engagement and support, provided a model that was compatible with who we were as parents and a family."
Beth & Rich - Lilah's Parents

Careers At Liberty POST: Our people are the difference. We are selective in our hiring and take our mentoring and professional development obligation seriously. For Liberty POST clinicians, this is much more than a job.
It’s a passion. 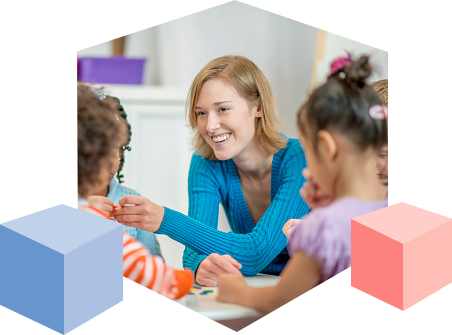